Certificates of accomplishment are more or less de rigueur these days. While there is one certificate we'd all like to avoid for as long as possible - the death notice - it's still important to have credentials of some sort to show proof of education, at very least. Other stuff is sometimes useful to flesh out different types of education and skills acquisition.

There are four certificates below which help illustrate that point, all of them acquired rather late in life:

1. Having been writing fact and fiction since the mid-1950s, I set out in January 2002 to write a novel from scratch. I was determined to find out whether I had the perseverance to complete such a task. I thought about, researched and planned it for nine months; then, I typed the first draft on my PC in twelve weeks, 10-12 hours each day, each week, non-stop.

When I finished, I applied to Griffith for entry to the BA program. I figured I would need an academic qualification to bolster my image as a writer. Whatever the truth of that, I very much enjoyed and learnt from the experience.

So, here's the proof: 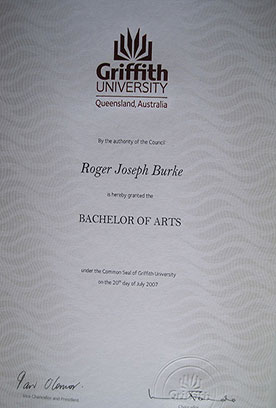 2. After which, I figured: in for a penny, in for a pound, as is often said. I'd been researching various MA programs while completing the BA and successfully applied to Swinburne U. After reading more about the benefits of academic qualifications, I'd concluded the BA wasn't enough: an MA ticket would be even more indicative of successful persistence in achieving a higher level of tertiary education. If nothing else....

Along that way, however, I did learn more about language and writing; and, I also cemented friendship with a number of Swinburne colleagues. Most importantly, my continuing education had confirmed that, while almost anybody can learn to write well, great writers are indeed born. Some might disagree, however.

So, here's my certificate: 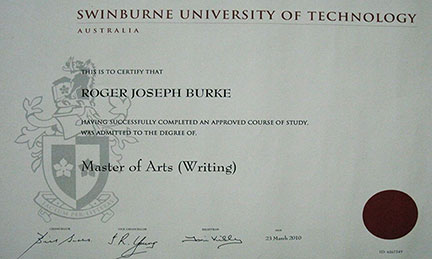 3. When I began my study and practice of karate in 1978, I was simply out to learn a self-defence skill which, I thought, might just save my life one day. Little did I know that karate is a life-long lesson on how to avoid conflict.

In short, karate is death: when used, somebody could easily die.

After three years of constant training, I achieved 1st Degree (shodan) black belt. Three years later, I tested for 2nd Degree (nidan) and was successful on my first attempt. The demands of work then caused a long gap until 1992 when I next felt confident to test for 3rd Degree (sandan). For many reasons, though, I never got to test for that level.

Here, then, is my Nidan karate certificate: 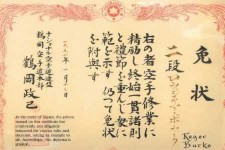 4. While training in karate, I was also involved in assisting with self-defence courses for women over much of those ten years. Shortly after returning to Australia, I had the good fortune to apply for an accredited course in self-defence for women - the first of its kind in Australia.

Over two years, along with a number of other participants, we trained in twelve self-defence techniques any woman could learn, none of which had direct relationship to regular martial arts. It was an informative and useful addition to my knowledge about the whole concept of self-defence.

This is the certificate I received: 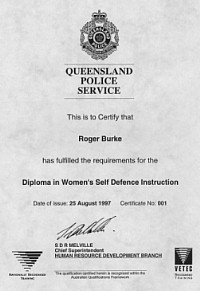 I have other certificates in computer programming, project management, facilities management and others; but I don't value them in the same way, or to the same degree, as I do those above. So, I won't bore you with them.